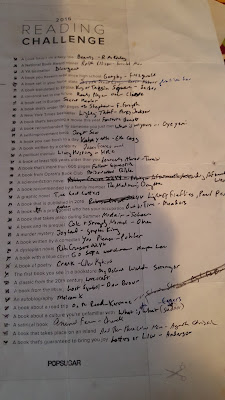 Next year's challenge has been published here.  It has 40 entries, with an additional 12 if you really want to go for it.  This was good for me -- I read books that weren't previously on my radar, got more use out of the library, and had some good entertainment as well.
From out of the brain of Kathryn "Stenoray" Thomas, RDR, CRC at 11:44 AM