I'm practicing regularly at 425, and my fingers aren't flailing quite so much anymore.  Again, I'm not GETTING very much, but I'm also not dropping as much, and here and there the fingers are starting to hit more keys correctly. Soon It's going to be time to bump up the speed again.  I'm thinking next week I'll start practicing at 450.

A bit of clarity appeared last week:  If you're a member of the Magnum Steno Club, you've heard the advice several times to "fight for every word."  But I say, you don't FIGHT for every word.  YOU ATTACK.  GRAB as best you can each word as it's said and GO GET IT!! RAWR!!!!

On Sundays the past couple of weeks or so I've been testing myself at 350 wpm or a tad faster.  I haven't passed any takes yet, but there's good stretches where I'm getting it.
From out of the brain of Kathryn "Stenoray" Thomas, RDR, CRC at 11:49 AM No comments:

Not much to report on this week.  Busy busy busy.  Practicing at high speeds, fighting for every word, blah blah blah, you know the drill.

I did keep up pretty well with a 350 this Sunday though, so that's cool.

From out of the brain of Kathryn "Stenoray" Thomas, RDR, CRC at 3:49 PM No comments:

Email ThisBlogThis!Share to TwitterShare to FacebookShare to Pinterest
Labels: not much this week, The Impossible Goal

At left: me taking the national and state speed and realtime contests this season.

How apt that the Magnum Steno Club on Monday referenced the need for self-compassion.  (I think. I was practicing writing it, so I'm not sure all what was said.)

I'm doing my best not to be discouraged by the fact that all I qualified on was the ILCRA realtime literary.

And I know what I SHOULD have done: after the realtime contest (on a Thursday evening) I SHOULD have hauled butt back to my hotel room and practiced speed until Friday morning, when the speed contest took place.

But Friday, even though I practiced some high speed before the speed contest, I still was in realtime mode and wrote trash.

It's hard to not think, "Who am I to even think about attempting a world record when I can't pass a 220 literary?"  But that WON'T HELP ME.  (but I still think it)

Our Saturday seminars were led by Mark Kislingbury, and even though I do a lot of that stuff already, I still walked out with a slight drink-from-the-firehose feeling, as well as some more motivation and practice ideas.

So we learn from our mistakes, bump up the practice, and continue on.  I'm going to do my best to get more than at least 30 minutes total speed practice a day, and my focus is almost entirely on Q&A at this point, since I plan not to take the national speed and realtime contests next year.

Because as Mark said in his closing session, "Champions overcome this."

From out of the brain of Kathryn "Stenoray" Thomas, RDR, CRC at 4:05 PM No comments:

The bad: main realtime laptop bluescreening on the first class of the first day of the semester.  (Actually more like grayscreening, but you know what I mean) 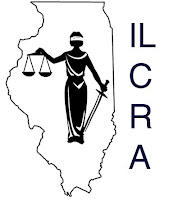 The good: I have a netbook loaded w/CAT software as backup for just this scenario.
The awesome: Every paycheck, I normally put a couple bucks in the piggy bank for equipment upgrades and purchase, so I got a brand new laptop!!!

So with that bumpy start to the semester, this week's update:  I'm estimating my consistent Q&A speed is somewhere around 300-320 right now, although I've had a couple spurts where I've nearly hit 350, and once the state contests are done with I'm going to concentrate fully on Q&A practice until the record attempt.

I hope to see some of you at the Illinois Court Reporters Association's annual convention this weekend in Springfield, IL.
From out of the brain of Kathryn "Stenoray" Thomas, RDR, CRC at 11:33 AM No comments: