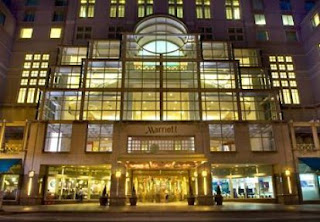 In a few days, you'll find me at the 2012 NCRA National Convention in Philadelphia.  Look me up!  So my next blog will probably be a convention recap, sometime later than next Monday.  I'm doing both Speed and Realtime contests, so results for those will be posted online sometime Saturday.  The announce the results during lunch on Saturday, so I'll TRY to tweet them in real-time at http://www.twitter.com/stenoray depending on my phone reception.  I've noticed hotel convention centers tend to not be cellphone-signal-friendly.  Don't know about this one in particular.

I made a blog entry a while back for convention and networking strategies, and it's here if you want to have a quick look.  Especially if you're a first-time convention-goer.

Other results this week:  Fingers still flailing, but not nearly as much as last week.  Getting a little more here 'n' there.  325 literary is starting to feel not crazy.  And.... WATER fell out of the SKY this week!  It's been so long!

Email ThisBlogThis!Share to TwitterShare to FacebookShare to Pinterest
Labels: 2012 convention, I remember when it used to rain, realtime contest, speed contest, The Impossible Goal